Although the true history of the Livorno-based Italian roastery Le Piantagioni del Caffè dates back to the late 19th century. century, the company was founded only in 1994. It was then that the roastery began roasting selective and single-origin coffees and set out to get to know not only the individual farms, but also the farmers themselves who were responsible for the final product. This was also the approach of Enrico Meschini, a major figure in the Italian coffee business and chairman and one of the founders of the CSC (Certified Specialty Coffee) Association, who became an integral part of Le Piantagioni del Caffè as one of its owners in 2000. The journeys to coffee plantations and farmers were literally pioneering and unprecedented in Europe at that time. However, the mutual communication gradually led to improvements in the sub-processes, from harvesting and processing to roasting, and the quality of the coffee increased. Le Piantagioni del Caffè holds this idea to this day and thanks to this, it can put its hand in the fire for all the coffees that leave it. He knows not only the individual locations, their advantages and pitfalls, but above all all the farmers and other people who are an integral part of the local coffee production. The coffees roasted in Livorno come from Ethiopia, Brazil, Colombia or even Peru. They are all different and yet they have one thing in common. They are conscientiously selected, harvested and processed with understanding, and expertly prepared.

Code: 5138
LA PIANTAGIONI DEL CAFFE Water decaf 100% arabica decaf
In stock
9.95 EUR
Detail
Water Decaf is a decaffeinated coffee, 100% Arabica from Brazil, which is processed in the so-called. by water. This is a caffeine removal process in which no chemicals are used. The unroasted coffee is washed with hot water and steam to extract the caffeine, which is then filtered out. The coffee is then washed again in the original bath 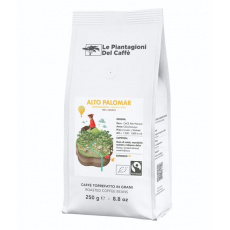 100%
Code: 5139
LA PIANTAGIONI DEL CAFFE Alto Palomar 100% Arabica single origin
In stock
10.35 EUR
Detail
Alto Palomar is the result of the work of 120 local farmers who are part of the Cooperativa Agraria Cafetalera Ecologica (CACE). This coffee is organic and is grown using only natural fertilizers. Thanks to this, the coffee trees are home to a large variety of butterflies that make every visit to this farm a unique spectacle. Alto Palomar
-0% 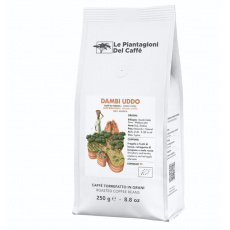 100%
Code: 5137
LA PIANTAGIONI DEL CAFFE Dambi Uddo 100% Arabica single origin
Currently out of stock
12.69 EUR
12.68 EUR
Detail
Dambi Uddo coffee is a forest coffee and is grown under forestry conditions in the Shakiso region of Ethiopia in the Guji zone. It is processed exclusively by hand and without the use of any chemical means. Thanks to these practices, it has earned a score of 86+ SCA and GRADE 1-Q1, which represents the highest quality level for Ethiopian
Discounts and news by e-mail
objednavky@krasnakazdyden.cz+420 799 529 780
Krasna Kazdy Den, Your Natural Cosmetics Online Store
Krásná Každý Den s.r.o.
Ke Zvoli 783
25241 Dolní Břežany
Česká republika
Business Reg. No.: 05080720
VAT ID: CZ05080720
USEFUL INFORMATION
WE ARE HERE FOR YOU

Login
Filter products
Cookies + GDPR
Krasna Kazdy Den, Your Natural Cosmetics Online Store and partners need your consent to the use of individual data so that they can, among other things, show you information about your interests. Click on the "OK" box to give your consent.
Privacy
Čeština